Last July we checked out how many AR supported phones were in the pockets of the users. 2020 smartphone sales numbers are out, so it is time to review these figures.

We are investigating the magnitude of the potential target audience for AR applications. The number of smartphone users worldwide is estimated to 3.6 billions (source). Let’s see how many of them are already AR enabled!

Note: As we discussed in the last year’s post, basically any of the smartphones (99.8%) are capable to deliver simple, marker based AR experience. However, markerless AR experience requires higher performance. ARCore supports both Android and iOS, so we consider ARCore supported phones to be AR enabled from now on.

When we checked last July, there were 500 million+ downloads of Google Play Services for AR. This services is required by Android phones to run ARCore based applications, so any users trying AR at least once or any Android smartphone delivered preinstalled with this is reflected in this number. As of today it counts 1 billion+ (between 1 and 5 billion). To stay on the safe side, we will just say it’s 1 billion. Hey, that’s an enormous number!

In 2020 there were 1.3 billion new smartphone sold, and 200 million were manufactured by Apple, accounting for 14.8% (source). Deduct 1.3 billion from the 3.6 billion, and we get 2.3 billion active smartphones sold up to the end of 2019. Following our methodology from last year we can estimate 13% of these were Apple devices, meaning 299 million. Add 200 million sold in 2020 (assuming these are all actively used) and we get 499 million.

As we only knew last that there are 500 million to 1 billion AR supported Android phones in mid July 2020 and we only know there are between 1 and 5 billion today, there is a lot of uncertainty in the higher end. It is sure that there are no 5 billion AR supported Android devices as there are max about 3.1 billion, and it is fair to estimate not all of them are AR compatible. Let’s see if we can figure out somehow, how many of the devices are not AR enabled for sure.

Last year we estimated 1.7 billion devices are not supported. The number of active smartphone users grew from 2019 to 2020 by 0.2 billion (source), and there were 1.3 billion new smartphones sold in 2020, which means 1.1 billion smartphones were discarded. To find the best case extreme, let’s assume all of these discarded phones were old ones, not supporting AR. 1.1 billion discarded out of the 1.7 gives us at least 0.6 billion not AR enabled devices still lurking around. This is 16.7% of the 3.6 billion.

Putting side by side last year’s estimations and this one, it would be easy to rush into statements like “it jumped from 27.3% to 41.6%, which is 50% increase”. However, it might happen that last year’s estimation’s upper extreme was closer to reality while the latest estimation’s lower part is the actual situation. Appreciate that both the momentary numbers and the dynamics are heavily burdened with uncertainty (“Unknown” area on the charts). Anyways, fresher devices are mostly supporting AR functions, and this tendency is clearly reflected in these charts.

Only looking at the recent numbers we can draw the conclusion: there are ate least 1.5 billion (1 500 000 000) AR supported devices in the pockets of the users. This means minimum 2 out of 5 smartphone user can already experience AR.

If you think this audience is a reasonable scale to target with some augmented reality experience, do not hesitate to contact us!

[…] And this is it!So, now you know if your device can deliver advanced AR experiences.But how about the others? Read more about how many AR compatible smartphones were in the World in our blogpost from last year or see the latest numbers in our fresh article. […] 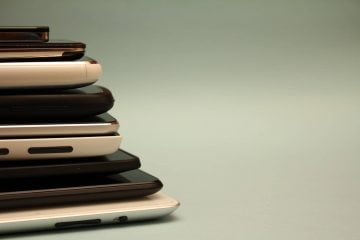 How many AR enabled phones are in the world?

This article from July 2020 contains data mostly from 2019. For 2020 data, see this post from May 2021. If you are considering to utilize augmented reality in your business by any means, you have Read more… 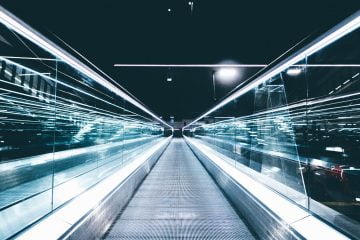 The Future of Augmented Reality

We are only using statistical (and necessary) cookies to give you the best experience on our website.

This website uses cookies so that we can provide you with the best user experience possible. Cookie information is stored in your browser and performs functions such as recognizing you when you return to our website and helping our team to understand which sections of the website you find most interesting and useful. Find more about our privacy policy.

Strictly Necessary Cookie should be enabled at all times so that we can save your preferences for cookie settings.

This website uses Google Analytics to collect anonymous information such as the number of visitors to the site, and the most popular pages.

Please enable Strictly Necessary Cookies first so that we can save your preferences!